The Yield Curve of the U.S. Treasury bonds is flattening sending signals of a weakening economy. There are three principal components of the nominal yield of a bond: (i) yield in real terms, echoing capital productivity or the overall contemporary performance of the economy; (ii) inflation, which is the constant increase of domestic prices; and (iii) risk premium, that reflects the appetite of investors for the financial instrument. One may expect that a strong economy such as the American with historical low inflation rates -and thus low expected inflation-, should experience a positive relationship between bond maturity and yield, meaning that a bond with a higher maturity bond should perform better with a higher YOY yield, unless the information incorporated by market participants generates a different response.

A story we shall never repeat

Right before the Great Recession that started in 2008, the yield curve presented a similar plane shape. In fact, it was almost completely flat a couple of years before the subprime crisis that hit in the middle of 2007. Such flattening reflected the sharp decrease of the demand of long-maturity bonds and a higher demand of shorter-term bonds before the first adverse events materialized in the financial markets.

Does that mean that we are starting to see a similar phenomenon today? Not necessarily.

First, the yield levels were significantly higher in the years previous to 2008 reaching levels around 5% along the whole curve1; today they lie between 2.4% and 3.1%, which is relevant if we believe that the growth potential of the economy hasn’t vary notably in the last 10 years. Second, economic and political conditions are knowingly different; for instance, in those days new administrations started in the United Kingdom and France after ten years of Tony Blair and a dozen years with Jacques Chirac as heads of state, respectively; in 2016 Shinzo Abe took office and started the implementation of novel economic policies in Japan; the United States ran an expansive fiscal policy due to increasing defense spending and tax relief measures2; and China was for the first time the biggest contributor to world growth, and with India they held the driver’s seat of economic performance. Third, financial markets are more regulated and closely supervised, as a consequence of the financial crackdown of 2008-2009. 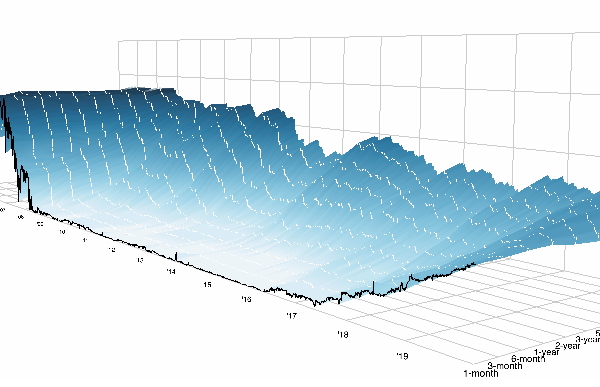 Yet, there is a non-negligible probability that the world is reaching a tipping point that will lead to abrupt adjustments if collective measures are not taken to reduce uncertainty. There is no room for a miscalculation. The Chinese economy is facing difficulties due to tightening policies from an even-more-controlling state, and the trade war with the United States; the United Kingdom is living an uncertain future along with the European Union since we still do not know whether the kingdom will continue being part of the union or not; India and Pakistan -two nuclear superpowers- are warming up to revive their rivalry; United States is living a peculiar period of nationalism and hectic politics with a weakened flamboyant president.

Although the financial markets are overall stronger and better suit for processing uncertainty, we should be aware of the global economy as its fundamental principles are changing and the world experiences a reversal in different fields. There is a growing tendency to slash free-market and global trade as they are being blamed for increasing inequality; unorthodox fiscal and trade policies are being adopted as in the case of the United States; and liberal democracy is consistently losing ground. Thus, we are reaching unknown waters -or at least not seen in the last 30 years-. Uncertainty it is. 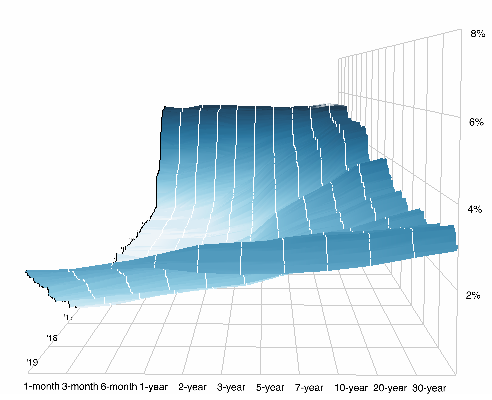 2 For instance, the Jobs and Growth Tax Relief Reconciliation Act of 2003.